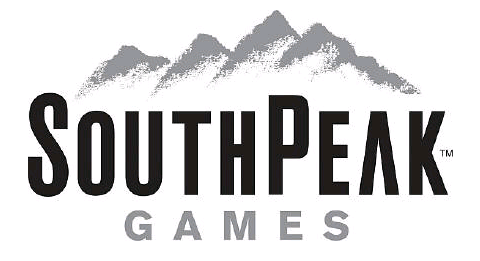 SouthPeak Interactive, publisher of Two Worlds and the My Baby franchise, has delisted its stock from the New York Stock Exchange. The publisher released a statement on Friday regarding their reasons:

The benefits of having publicly registered shares and filing periodic reports under the federal securities laws are outweighed by the associated costs. Should economic conditions and circumstances change in the future, the Company may re-evaluate this position.

The company has been doing better financially in recent times: They have managed to pull a $3.1 million profit in the third quarter, as opposed to the net loss of $2.1 million in the second quarter. But this follows a history of legal troubles and a resulting bad reputation.

It started with a publisher called Gamecock Media Group. This publisher signed distribution agreements with both TimeGate and CDV. After an audit deemed Gamecock insolvent, the publisher was sold to SouthPeak Interactive, on October 10th, 2008. The publisher was henceforth kept open as a subsidiary of SouthPeak. Joystiq’s interview with the former CEO Mike Wilson revealed the following:

Gamecock had one main investor who owned the vast majority of the company, and could basically do with it what he pleased, until such time as the rest of us had earned more equity in an earn-out scheme. This investor was a good guy, from outside the industry, who owned and ran a big company in other media. Basically, when things started to crumble so rapidly in the economy last Sept/Oct, he lost an enormous amount of money in his main businesses and assets overall, and with no end in sight, had a bit of a panic like the rest of the world at that time. He and his board decided that with their main business bleeding so badly, they needed to cut off anything ‘ancillary’, such as his investment in outside businesses, one of which was our company.

This all came about very quickly, and the timing was terrible as we were just finishing up some of our bigger titles for Christmas (Legendary and Mushroom Men), and it was time to do the big marketing push and build out the COG’s. And suddenly there was NO money. So, we literally had to find someone to acquire us immediately… someone who knew the business, could see the imminent revenues versus liabilities, and move very fast.

An industry friend introduced us to Terry Phillips at SouthPeak, who we in turn introduced to our investor, and inside a week they’d arrived at an exclusive negotiation deal (which proved tragic, as we had much better competing offers come in just after it was too late). A week later, we were bought, and all we could do was put on a happy face and hope for the best.

Soon after, TimeGate filed suit against SouthPeak. TimeGate alleged that, after SouthPeak contacted them to inform them of the buyout and SouthPeak’s continued interest in developing the Section 8 IP, SouthPeak intentionally withheld milestone payments in specific cases, and they breached their original Publishing Agreement by entering into a licensing agreement with Russian Company IC to put Section 8 on the PS3. Additionally, TimeGate accused SouthPeak of discounting “wholesale price of the game prior to 90 days after first released in violation of Paragraph 6.7 of the Publishing Agreement” and “unlawfully exploiting its federally registered SECTION 8 trademarks … by launching various t-shirt contests with respect to the game, ultimately enabling end-users to sell Section 8 t-shirts with no accounting of revenues.”

Additionally, CDV filed suit as well, alleging Gamecock had licensed to CDV seven games and had been paid $7 million, but breached their contract by not delivering four of the original seven in time for Christmas 2008. Additionally, Gamecock had tried to distribute the games in CDV’s region themselves after CDV part-terminated the agreement, unwilling to admit that, by breaching the contract, they had forfeited those games to CDV. Because of this, CDV also accused SouthPeak of being liable for inducing copyright infringement on top of being liable for inducing breach of contract.

Mrs. Justice Gloster ruled in favor of CDV for breach of contract on 3 of the 4 games. Additionally, she found SouthPeak liable for inducing copyright infringement and CDV’s legal costs, but not inducing breach of contract. Afterwards, SouthPeak purchased an obscure company called IRP GmbH and filed a repayment claim against CDV for the amount of $6 million. IRP GmbH had apparently been a CDV creditor, and SouthPeak sought to use this claim to offset their alleged debt to CDV. Finally, bailiffs seized 40,000 units of SouthPeak’s stock (for clarification: not stock in the company), sold them at auction, and also froze money from their distributor Centresoft.

Joystiq reports that there were also other companies that face similar issues in regards to the Gamecock acquisition. However, some vendors were paid—as long as they were willing to accept a reduced amount of 50% or less. Former Gamecock CEO Mike Wilson discovered this shortly after the acquisition:

But it became apparent very quickly that what they actually meant by that was that they were going to try to pay as little as possible … meaning telling everyone basically to ‘screw off, sue us’ if they wouldn’t accept half or less of what they were rightfully owed. Harry and I clearly were not interested in this, and it became clear that us working with SP wasn’t going to work out, and that they truly had no intention of keeping the Austin team in place.

Paradox subsequently attempted to terminate the distribution agreement. However, they received a letter from SouthPeak chairman Terry Phillips warning that SouthPeak would seek the return of unsold inventory from retailers if Paradox were to follow through with the termination. Paradox Interactive pointed out in the filing that this was contrary to the provisions in the agreement for post-termination handling of the product and alleged that doing such a thing would cause irreparable harm to them. As such, the company sought an injunction to stop SouthPeak and the ability to deal with the unsold games itself. The two eventually settled, with SouthPeak agreeing to pay the outstanding payments.

Finally, the company faced losing one of its best-selling franchises when Majesco Entertainment announced it was to publish Nobilis-developed My Baby 3 & Friends in the U.S. SouthPeak immediately filed suit against Majesco, but Nobilis issued this statement to IndustryGamers:

We vigourously contest the statement made by SouthPeak. The rights of My Baby 3 have been legally transferred to Majesco and in the strict respect of the previous contracts signed with SouthPeak. We confirm that all the contracts signed with SouthPeak in the U.S. or in the U.K. have been terminated after uncured breaches from Southpeak notably for non payment. We also confirm that we brought the litigation with SouthPeak to court to defend our rights. We remain very confident on the outcome of these legal actions.

However, according to Terry Phillips, a French court wound up ruling in favor of SouthPeak, and the rights to publish the My Baby franchise in the U.S. remains theirs.

All of the legal issues pile on top of the apparent financial issues the company is facing. Back in February of last year, SouthPeak extended their credit line with SunTrust Banks to $8 million. Then in July, it secured a new $10 million line of credit provided by Rosenthal & Rosenthal, Inc., as well as a $5.5 million injection. The delisting from the NYSE serves as stark evidence of that.

Analysis: This company has been in the press a lot, and usually in a negative light. It’s not undue, however. Reading some of the filings, and hearing some of the employee testimonial both current and former, indicate that SouthPeak is rather cutthroat in its business practices, and in a way, that hurts an industry that does not rely on a lot of legal contracts—especially among smaller firms. This was apparent by the way they handled the acquisition of the unfortunately named Gamecock. Testimonial from various people involved indicated that vendors went unpaid unless they either accepted a 50%+ cut on their entitled money, or they went to court and won their case. Some vendors just gave up, while others, especially those with bigger claims like CDV and TimeGate, went to court. SouthPeak also had the audacity in the CDV case to tell their investors that the dispute with CDV was over, when in fact, it was not. This was a poor move, but it reflects the company’s management position.

However, SouthPeak seems to have trouble paying its own vendors, as shown by the Nobilis/Majesco and Paradox cases, despite the large amounts of credit the company has been consuming. It’s a wonder they weren’t delisted from the NYSE earlier. This is reflected in their stock prices: What was once a 2-3 dollar per share stock depreciated to be a 10-cent stock over the course of the past three years.

Overall, a good portion of the industry carries a chip on its shoulder against SouthPeak Interactive. Terry Philips would likely argue it’s due to the press slandering them, but I would be more willing to bet it’s because they don’t like paying their bills.